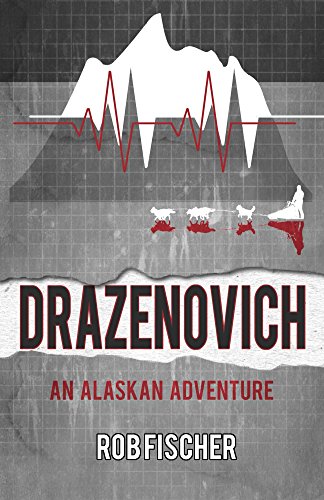 Reality meets fiction as the author unfolds the tale of Paul Drazenovich and the harrowing adventures that brought him to Alaska and into the near inaccessible reaches of the rugged Wrangle Mountains so long ago.

Late fall, 2001, Paul Claus, bush pilot and owner of Ultima Thule Lodge in the wilds of Alaska, dropped Tom off at a remote cabin in the wilderness for the winter. When Paul returned in late March, 2002 to pick up Tom, the young trapper was acting very strange and refused to speak.
After flying Tom out of the wilderness and dropping him off in Chitina, Paul returned to his remote cabin to determine the cause of Tom’s odd behavior. Back at the cabin, Paul discovered Tom’s journal tucked under the mattress on the bunk.
Paul, not realizing what he held, flopped open the book and began reading. Over a period of some days, Tom had written about repeated meetings and conversations with another trapper named Paul who allegedly had a camp two miles upriver from the cabin.
Paul Claus was stymied. He knew of no camp upriver from his remote cabin and he definitely knew that he had not been here on the dates indicated by Tom. Tom’s journal entries seemed weird—crazy!
The next day, Paul and his son Jay decided to fly upriver to look for this camp of which Tom wrote. After a flyover and combing the ground on foot, they found the camp alright, or rather its ruins. For nearby they discovered the signature of its owner carved in a tree: “Paul Drazenovich 1918.”
Reality meets fiction as the author unfolds the tale of Paul Drazenovich and the harrowing adventures that brought him to Alaska and into the near inaccessible reaches of the rugged Wrangle Mountains so long ago.

Share
Pin
Tweet
Email
Print
Look Inside
Disclosure of Material Connection: Some of the links in the page above are "affiliate links." This means if you click on the link and purchase the item, I will receive an affiliate commission. I am disclosing this in accordance with the Federal Trade Commission's 16 CFR, Part 255: "Guides Concerning the Use of Endorsements and Testimonials in Advertising."

Get Skills for Following Jesus in your inbox!