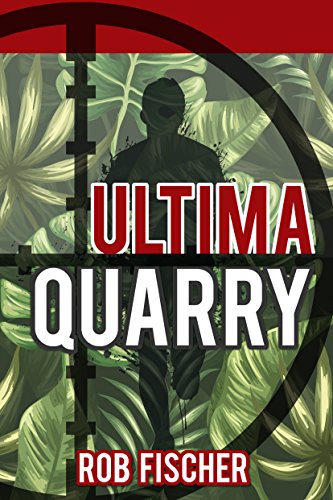 A U.S. Army Special Forces major has been abducted in the Northwest and wakes up on a deserted island in the South Pacific. His goal: fight for his life. Seven ultra-wealthy, international individuals converge on a luxury yacht. Their goal: to bag the ultimate quarry. But things go from bad to worse for all involved when a sinister looking vessel arrives.

Trevor Mason, a U.S. Army Special Forces major disappears mysteriously from his base in the Northwest. Neither his wife nor the authorities have any clue to his whereabouts—and neither does he. For he wakes out of a drug-induced sleep in a tin shack on a deserted jungle island in the South Pacific. Mason soon discovers the unthinkable: he is to be the quarry on an exclusive hunt sponsored by an ultra-wealthy fanatic. Mason draws on all his training and experience to fight for his life. And the seven hunters who arrive on the island soon find themselves the hunted! But things go from bad to worse for all when a sinister looking vessel arrives on the island.

Share
Pin
Tweet
Email
Print
Look Inside
Disclosure of Material Connection: Some of the links in the page above are "affiliate links." This means if you click on the link and purchase the item, I will receive an affiliate commission. I am disclosing this in accordance with the Federal Trade Commission's 16 CFR, Part 255: "Guides Concerning the Use of Endorsements and Testimonials in Advertising."

Get Skills for Following Jesus in your inbox!